The Red Baron has officially replaced the Blue Stallion. After 6 great years of driving my Civic, it is now garaged and up for sale. So in case you see me cruising around in this: 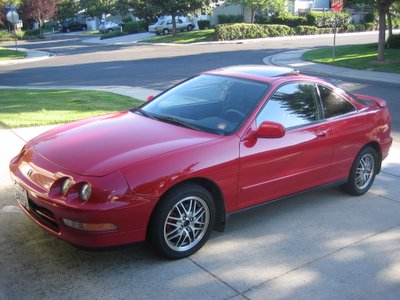 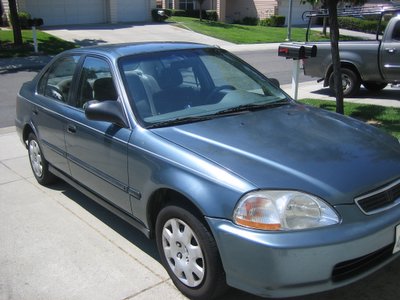 My favorite comment I have gotten so far about the new car:
“whoa! that car seems so AZN! hAHAHHAHA!!!” – gracie

If I get a dog, I want a corgi. These guys are dope. 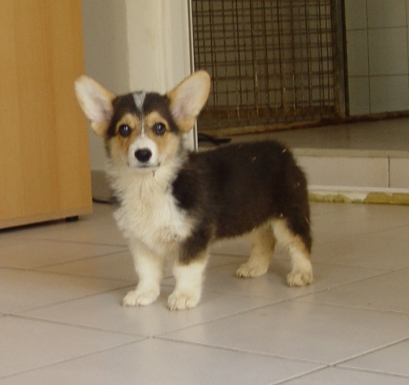 First thing new:
After hearing about the HBO show Entourage from a couple of my coworkers and seeing it on my way to work everyday on a 101N billboard, I finally have watched season 1… and I agree… the show is good. So good that I bought the season 1 and 2 DVDs off Amazon and am eagerly awaiting their arrival.

Second thing new:
Although it has been couple weeks since his haircut, I don’t think most people know about Toby’s new “do.” Here is the story behind his new haircut. Laurie just changed jobs so she took a family vacation to Cancun. While away she left Toby with her cousin Sharon in LA who also has a mini Yorkie (named Tubby). Sharon thought that Toby needed a haircut so her fiance took him to the groomer. The problem is that her fiance, Chuck, is Chinese and the groomer is Korean. Alas, due to the communication barrier, the groomer gave Toby the same “do” as Tubby. I think he still looks dope though. Here is shot of him passed out on my bed: 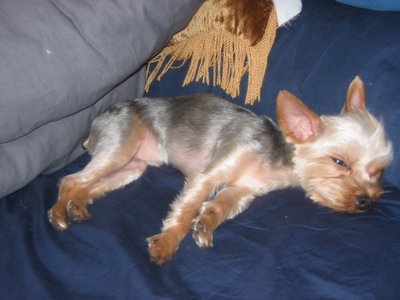